Now I have got rid of books and clothes that don't spark joy for me. I donated my stuff to Goodwill and Half Price Books.

Although with Half Price Books I can't really say it was a donation. For the first time ever, I got money for my 'donation'. That was a pleasant surprise! I took a small bag of books to them and got six dollars for it! I know that is not much but it is six dollars more than I would have got by just donating them.

I also learned that they accept books in any language. So far I have managed to get rid of my Finnish books by donating them to someone who understands the language. But I still have a couple of religious books in Finnish for which I haven't found a new home. Maybe I bring them to Half Price Books later when I have sorted through kids' books.

I also donated to Goodwill for the first time. We have lived in the States for a little bit more than a year. So far I have brought smaller amounts to random collection boxes or donated items through a Finnish flea market on Facebook. But now I had gathered about eight bags of stuff to be donated and decided to load them to the car and check the local Goodwill for donation process.

It was so much easier than I thought. First I got annoyed because the parking lot was full and cars just seemed to be driving around it with the hope of someone leaving. But then I saw a huge sign in the side of the house saying 'Donations' and I drove there.

A guy came with a cart and helped me unload the trunk. He gave me a blank receipt of my donation. I thought that was kind of weird but it says in the receipt that non-profits are not allowed to estimate the value of donations. So I filled out the receipt at home myself.

The whole process took just a couple of minutes. And it would have been even faster if the guy had had co-workers there. I understood it was exceptional that he had to work alone. There were about two cars to be unloaded before me so that is why it took a bit longer.

All in all, it seems that donating household goods is made very easy and convenient in my neighborhood. That will not hold me back from completing my KonMari process.

I have to say I still haven't gone into papers. It is the next one on my list but I have no desire to do it. I know I have to do it nevertheless. Hopefully this week!

In the meantime I have created a work space for myself. I am so delighted that I have my own designated space for all of my projects now! It is downstairs in our huge hobby room. Up till now I wasn't sure how to decorate the room and how to create different areas in it. But when I realized I can have all of my things in one spot (not including the stuff that belongs to bed- or bathroom), it suddenly fell into place. I might write a post of its own when I'm all done with it but here's how it looks like at the moment. 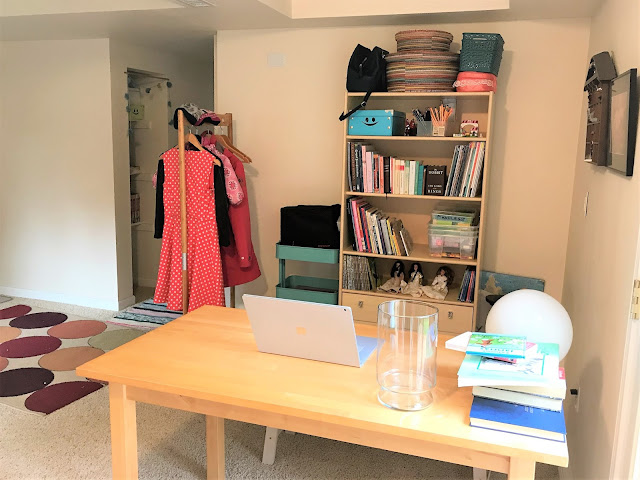 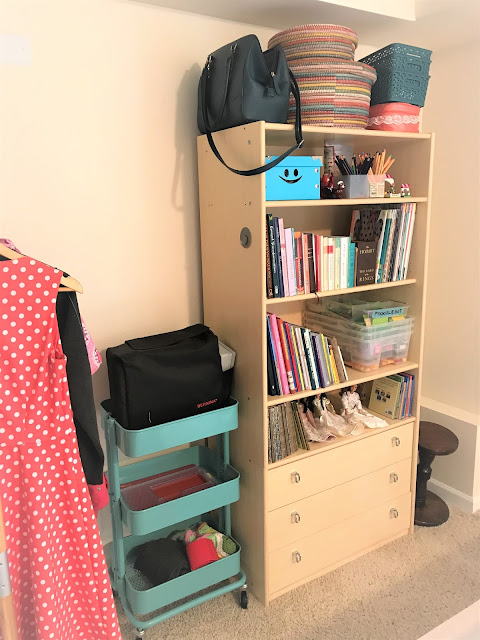 I have also been organizing my pantry. That will get a post of its own as soon as it is fully organized. At the moment I'm still waiting for my containers to arrive.

That is all today. Have a great week, dear readers!